What is science communication?

You are here: Home1 / Newsroom2 / Industry news3 / What is science communication?

PCST is the Network for the Public Communication of Science and Technology. But what is science communication exactly?

Maybe. But as a researcher I think it can be interesting to see how a field defines its central terms and concepts. What are some of the ways that science communication has been defined and delimited?

One older definition comes from a 2003 article helpfully titled ‘Science Communication: A Contemporary Definition’. In it Burns et al suggest that:

SCIENCE COMMUNICATION (SciCom) may be defined as the use of appropriate skills, media, activities, and dialogue to produce one or more of the following personal responses to science (the vowel analogy)

Science communication may involve science practitioners, mediators, and other members of the general public, either peer-to-peer or between groups. (Burns et al 2003, 191).

What is interesting here, I think, is that the emphasis is on the effects of communication. Science communication is something that seeks to produce “personal responses” to science.

Others have taken a different approach, seeking to define science communication activities by creating typologies or categorisation systems for it. A good example here is the work of Sarah Palmer and Renata Schibeci (2014), who distinguish between four types of science communication:

Here the emphasis is on what is happening to information or knowledge (how is it moving or being transferred?), and on the actors between whom it is being exchanged or created. Palmer and Schibeci thus include scientific communication – that taking place between scientists, in journals or at conferences – as a category of science communication.

organized, explicit, and intended actions that aim to communicate scientific knowledge, methodology, processes, or practices in settings where non-scientists are a recognized part of the audiences. (Horst et al 2017, 883)

This is perhaps the most open of the definitions: science communication is any activity where there is some intention to communicate something about science. It’s worth noting that this was a definition intended for researchers. Part of the aim in creating such a broad definition was to encourage scholars to study all kinds of processes where science is discussed; as we write later, this will include “science journalism, blogging, museums, festivals, cafés, and events, certainly, but also deliberative exercises, public consultations, medical appointments and, perhaps more incidentally, science fiction and advertising”.

It’s also important to point out that discussion in the science communication literature generally has problematised many of the terms and ideas used in these definitions. Trench and Bucchi, in particular, discuss the challenges of ‘delimiting’ science communication (should it include internal scientific communication? What disciplines are included as part of ‘science’?). And as Alice Bell has pointed out, words such as ‘science’, ‘engagement’, ‘public’ and ‘communication’ can all – and perhaps should – be deconstructed rather than taken for granted. So any definition will only act as a starting point.

The definitions I have quoted here are by no means final or definitive – indeed, they are rather straightforwardly the ones I happen to know about or have easy access to. Have I missed any important ones? And how would you define science communication?

Palmer, Sarah E., and Renato A. Schibeci. 2014. ‘What Conceptions of Science Communication Are Espoused by Science Research Funding Bodies?’ Public Understanding of Science 23 (5): 511–27. 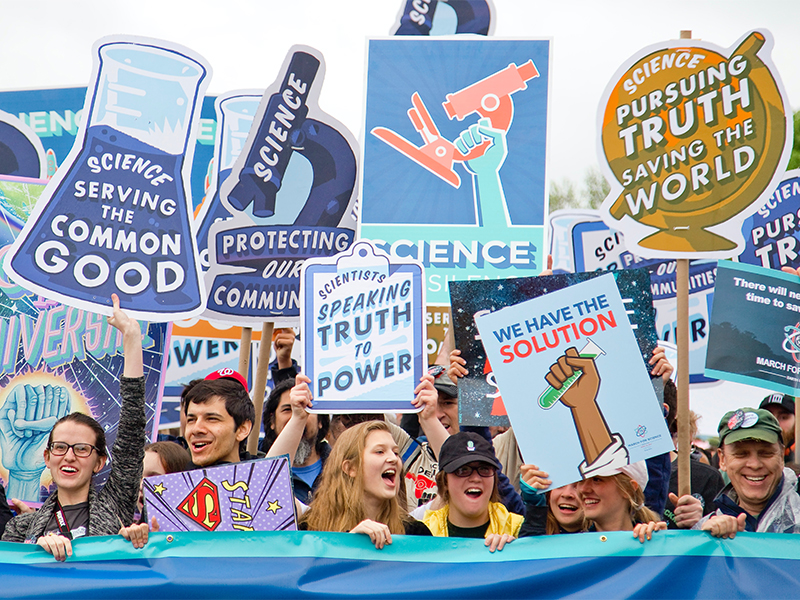 From an international research workshop to a pop-up podcast: The Story of ‘Sharing...

Popular among youth, TikTok challenges us to communicate science
Scroll to top