Every two years we come together to take stock, to hear new ideas and reconsider familiar ones, to meet new colleagues and friends and refresh existing relations. Over nearly thirty years now, we have met in Africa, Asia, Australasia, Latin America, North America and Europe.

We will ask ourselves again: just what is “science communication”, what are its limits, and what are its distinguishing characteristics? It is a sign of our relative youth but also a sign of our good health as a field of practice and research that we continually ask this question.

There may be misunderstandings here about both sides of this supposed opposition. On the one hand, much journalism about science is descriptive and some of it is celebratory. It is not only defined by its independence and scepticism, as this kind of commentary implies. On the other hand, this conference will demonstrate that science communication goes well beyond the institutions and the promotion of science; it embraces the comic, the curious, and the critical.

It should not need to be stressed but … scientists are also in society; they are also social actors. And this becomes even more important to insist on as developments in communication technologies along with developments in society make the boundaries between professional and public spheres, and between professional and public communication ever more porous. These developments also make the relations between these spheres more complex and more intriguing.

It has become possible and necessary to consider how scientists’ public communication affects their professional work and not just how their professional work is transformed into public communication. The Turkish-German neuroscientist Onur Güntürkün testifies to an effect that is being expressed more in recent years, but needs closer attention in research and in strategy.

Professor Güntürkün has won numerous awards both for his scientific research and for his public communication. Here he is reflecting on his public work:

I like talking about thoughts, new ideas, about science. I often even talk to myself. Only when I am able to express something complicated in a manner that can be generally understood have I really understood it, and only then am I able to help others to understand it correctly.

Considering Einstein is supposed to have said something similar, this is like ancient wisdom that needs to be continually rediscovered.

Prof Güntürkün’s reflection came in an interview he gave in connection with the Turkish-German Year of Science, which had the slogan, Science Bridging Nations. Bridges and barriers are a common metaphor when we are talking about science communication, about science and society, or about formal and informal learning. This makes Istanbul a particularly appropriate place for us to meet. For this is a city with bridges that link two continents, Europe and Asia. It is a city with a history that includes long periods as a major centre of Islam and as a major centre of Christianity. It has been at the frontiers of ancient and modern empires, and a battleground between empires.

Two days ago, I joined other Dubliners in the centre of the city 100 years to the hour after a rebellion started there that changed the course of Ireland’s history. During Sunday’s commemoration a song about that rebellion was sung. The song includes a reference to Suvla, a place down the European coast from here. The song recalled the Irishmen who died around Suvla in the battles of empires. Yesterday on ANZAC Day the Australians and New Zealanders who died in the battle of Gallipoli which started 101 years ago were also commemorated.

The commemorations link countries from opposite sides of the globe and they link both of these with Turkey. Over time, fractures can heal, and we can learn from each others’ experiences.

In the realm of ideas, fractures and collisions can give rise to innovations and collaborations. On a global scale, we need collaborations between natural sciences, social sciences and humanities to help us face many massive challenges. We all in our own fields – but also as individuals, groups and countries – need to go beyond our own comfort zones and certainties.

We are privileged, as well as challenged, to be working in a field where several disciplines contribute. Some of the most stimulating ideas we face today are in the spaces where disciplines intersect. We constantly have to cross bridges to other disciplines and professional fields. In doing so, we see ourselves better.

We are proud of the way in which these conferences bring together explainers, information officers, educators, researchers and many others. We aim to facilitate creative tension, even creative collisions, between the different needs and expectations of several related communities.

We shall hear tomorrow from Ciler Dursun an assessment of Turkey’s science communication. But, even from outside, we can say that the conditions in which this science communication community exists have become more challenging, just as they have for communicators and educators in other spheres. As members of international professional communities, we should be concerned about some of these developments.

When we the academic freedoms of colleagues restricted we are concerned. When we see Turkey’s largest newspaper taken over by force, we support human rights organisations in opposing that.  When we see journalists jailed and prosecuted in connection with their journalism work, we stand with the Turkish Journalists Association and other national and international organisations in condemning that. When a science communicator suffers for publishing a popular explanation of evolutionary theory, one of science’s outstanding achievements, we deplore that.

In expressing solidarity with academics and communicators who have been victimised, we are not endorsing everything they may have said or written. But we are insisting that they have a right to conduct their investigations and to express their opinions. This is the message that will be repeated around the globe on World Press Freedom Day next Wednesday. We have to assume this was also the perspective of the Turkish prime minister when he joined the big rally in Paris last year in protest at the massacre of Charlie Hebdo journalists and cartoonists.

Organising PCST conferences is always challenging but this conference has presented additional dilemmas: our preparations have been punctuated by tragic events that have caused concern among prospective participants. These events have persuaded the organisers of some other conferences to move elsewhere.

Through our interest in science communication, we often think about how probabilities, uncertainties and risks are perceived and communicated. We knew we could not give the complete assurances some people sought but we considered that the risks to this conference, in this place, were not greater or lesser than in many other places that we might have chosen to go. We could not have known, in taking this view, what terrible events would take place in Paris in November and in Brussels in March.

We are here because we made a commitment to our Turkish colleagues. We are here because we do not want those who spread terror to determine what we do. But we are now fewer here than we might otherwise have hoped or expected. We may be missing some of the strength of numbers, so we have to find extra resources within ourselves. We have the opportunity, and I would say, the obligation, to intensify our interactions. These conferences have been marked over the years by convivial and collegial exchange. This one should be no different. We can still make this a memorable conference for all the right reasons.

I am struck by the fact that we are considering the comic possibilities of science in this rather unfunny context. This interest in humour in science has also been reflected in other recent conferences or conference-sessions looking at science in popular culture. Shortly, we will hear Professor Joan leach from Australian National University talk about this phenomenon of laughing about science.

One person who provokes such laughter is the English comedian and novelist Rob Newman in his Entirely Accurate Encyclopedia of Evolution, which was a stand-up show, then a radio programme and is now a book. He starts from his “delight in the mind-boggling multiplicity of the living world”. He uses irony, ridicule and fantastical digressions to expose the pretensions and over-simplifications of neo-Darwinians, and defend evolutionary theory against its “hijacking by ideologues”. He reminds us that laughter can be a powerful weapon against dogma and pomposity.

In recent PCST conferences, there has been evidence of a ‘cultural turn’ and of a ‘conversational turn’ in our interests both as practitioners and as researchers. The two come together in some practices of contemporary science centres, in science cafes, in social media – and in science comedy. Can we find it within ourselves to work together over these three days, with a smile, with a laugh, with a will to converse, and to listen? I certainly hope so. Let’s Talk. Let’s Listen. Let’s Laugh.” 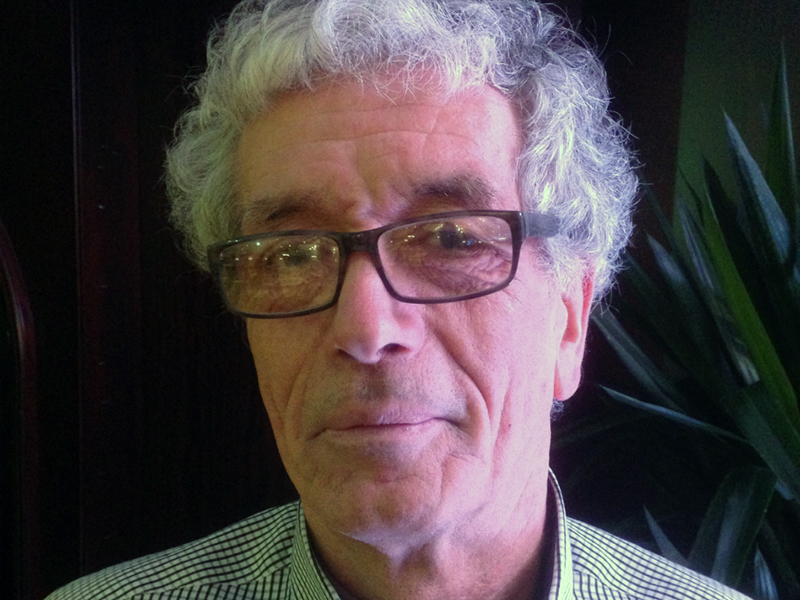 Istanbul a ‘safe and successful conference’
Scroll to top